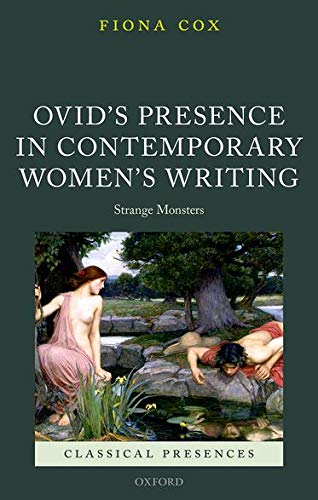 Descrizione libro Oxford University Press, United Kingdom, 2018. Hardback. Condizione: New. Language: English. Brand new Book. This innovative study analyses the presence of Ovid in contemporary women's writing through a series of insightful case studies of prominent female authors, from Ali Smith, Marina Warner, and Marie Darrieussecq, to Alice Oswald, Saviana Stanescu, and Yoko Tawada. Using Ovid in their engagements with a wide range of issues besetting our twenty-first century world - homelessness, refugees, the financial crisis, internet porn, anorexia, body image - these writersecho the poet's preoccupation in his own work with fleeting fame, shape-shifting, and the dangers of immediate gratification, and make evident that these concerns are not only quintessentially modern, but also peculiarly Ovidian. Moving beyond the concern of second-wave feminism with recovering silencedfemale voices and establishing a female perspective within canonical works, the volume places particular emphasis on the intersections between Ovid's imaginative universe and the political and aesthetic agenda of third-wave feminism. Focusing on its subjects' socially and politically charged re-shapings, re-imaginings, and receptions of Ovid, it not only demonstrates the extraordinary plasticity of his writing, but also of its myriad re-castings and re-contextualizations within contemporaryculture (in terms of genre alone, the works discussed included translations, poetry, plays, novels, short stories, and memoirs). In so doing, it not only offers us a valuable perspective on the work of the selected female authors and a new and vital landmark in the history of Ovidian reception, but alsoreveals to us an Ovid who remains our contemporary and an enduring source of inspiration. Codice articolo BTA9780198779889

Descrizione libro Oxford University Press. Hardback. Condizione: New. New copy - Usually dispatched within 3 working days. In a series of case studies of prominent female authors - from Ali Smith and Marina Warner to Alice Oswald and Yoko Tawada - this volume examines the figure of Ovid who emerges from the hands of contemporary women writers and explores the intersections between his imaginative universe and the political and aesthetic agenda of third-wave feminism. Codice articolo B9780198779889