Articoli correlati a Following Osiris: Perspectives on the Osirian Afterlife...

Following Osiris: Perspectives on the Osirian Afterlife from Four Millennia 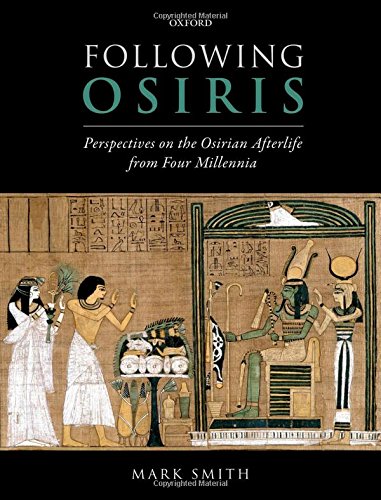 Osiris, god of the dead, was one of ancient Egypt's most important deities. The earliest secure evidence for belief in him dates back to the fifth dynasty (c.2494-2345BC), but he continued to be worshipped until the fifth century AD. Following Osiris is concerned with ancient Egyptian conceptions of the relationship between Osiris and the deceased, or what might be called the Osirian afterlife, asking what the nature of this relationship was and what the prerequisites were for enjoying its benefits. It does not seek to provide a continuous or comprehensive account of Egyptian ideas on this subject, but rather focuses on five distinct periods in their development, spread over four millennia. The periods in question are ones in which significant changes in Egyptian ideas about Osiris and the dead are known to have occurred or where it has been argued that they did, as Egyptian aspirations for the Osirian afterlife took time to coalesce and reach their fullest form of expression. An important aim of the book is to investigate when and why such changes happened, treating religious belief as a dynamic rather than a static phenomenon and tracing the key stages in the development of these aspirations, from their origin to their demise, while illustrating how they are reflected in the textual and archaeological records. In doing so, it opens up broader issues for exploration and draws meaningful cross-cultural comparisons to ask, for instance, how different societies regard death and the dead, why people convert from one religion to another, and why they abandon belief in a god or gods altogether.

Descrizione libro Oxford University Press, 2021. Condizione: NEW. 9780199582228 This listing is a new book, a title currently in-print which we order directly and immediately from the publisher. Print on Demand title, produced to the highest standard, and there would be a delay in dispatch of around 10 working days. For all enquiries, please contact Herb Tandree Philosophy Books directly - customer service is our primary goal. Codice articolo HTANDREE01599326

2. Following Osiris: Perspectives on the Osirian Afterlife from Four Millennia