Articoli correlati a Niels Bohr and the Quantum Atom: The Bohr Model of...

Niels Bohr and the Quantum Atom: The Bohr Model of Atomic Structure 1913-1925 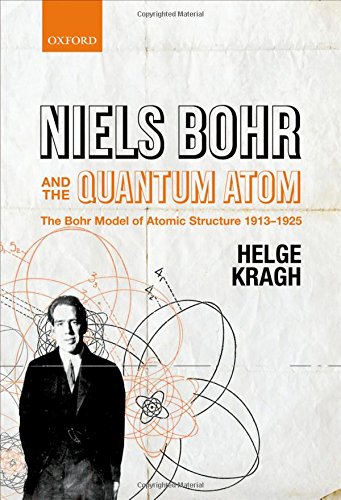 Niels Bohr and the Quantum Atom is the first book that focuses in detail on the birth and development of Bohr's atomic theory and gives a comprehensive picture of it. At the same time it offers new insight into Bohr's peculiar way of thinking, what Einstein once called his 'unique instinct and tact'. Contrary to most other accounts of the Bohr atom, the book presents it in a broader perspective which includes the reception among other scientists and the criticism launched against it by scientists of a more conservative inclination. Moreover, it discusses the theory as Bohr originally conceived it, namely, as an ambitious theory covering the structure of atoms as well as molecules. By discussing the theory in its entirety it becomes possible to understand why it developed as it did and thereby to use it as an example of the dynamics of scientific theories.

Kraghs book is not a light read, but for those interested it is fascinatingly detailed and wonderfully researched ... This is definitely a book for the determined but it is an eminent rewarding for those who make the effort. (R.S. Shorter, Contemporary Physics)

In this new book, Helge Kragh fills in the details of Bohr's early career and how it affected science, not to mention Bohr himself. As befits a science historian, Kragh commendably links Bohr's enduring contributions to the painstaking efforts of the many researchers who found the various tiny pieces of the atomic jigsaw and helped fit them together. (Cern Courier)

Kragh's writing is vivid and clear, and he makes effective use of quotations from correspondences and recollections to convey a feeling of the multiform responses of contemporaries to the events described. (Arianna Borrelli, International Studies in the Philosophy of Science)

Drawing on an enormous amount of mathematically challenging primary and secondary source material, Helge Kragh provides a panoramic overview of the genesis, development, and demise of the so-called old quantum theory that, for over a decade, guided physicists in their attempts to unravel the mysteries of atomic spectra and atomic structure. (Michel Janssen, Isis)

1. Niels Bohr and the Quantum Atom The Bohr Model of Atomic Structure 1913-1925 (Hardback)

Descrizione libro Oxford University Press, 2021. Condizione: NEW. 9780199654987 This listing is a new book, a title currently in-print which we order directly and immediately from the publisher. Print on Demand title, produced to the highest standard, and there would be a delay in dispatch of around 10 working days. For all enquiries, please contact Herb Tandree Philosophy Books directly - customer service is our primary goal. Codice articolo HTANDREE01581329