Articoli correlati a A Child is Born

Nilsson, Lennart A Child is Born 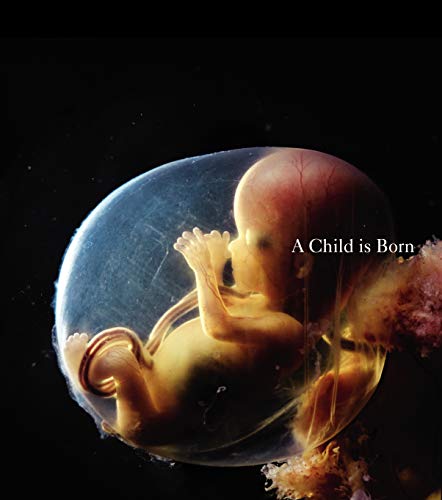 In 1965 Lennart Nilsson published images from inside the human uterus, the first photographs of prenatal life. The book that was to follow, A Child is Born, stunned the world - offering an unprecedented glimpse at the unseen world within our bodies, and our own beginnings.

Using high-definition ultrasound technique, scanning electron and light microscopes, and advanced fibre optics Lennart Nilsson documents the miracle of human reproduction: the egg travelling down the fallopian tube; the sperm racing to meet it; the moment of fertilisation; the very first cell division; the tiny embryo attaching to the uterine wall; the growth of eyes, ears, fingers and toes; and finally the moment of delivery itself - providing an astonishing glimpse of the first moments of life.

In this, the fully revised fifth edition, A Child is Born is redefined for a new age. With a completely new accompanying text, the images are rendered in astonishing detail utilising revolutionary new photographic technology, with the photographs themselves the dominant driving force of the narrative.

Lennart Nilsson was born in 1922 near Stockholm. He embarked on his career in the mid-1940s, when modern photojournalism was beginning to expand in Sweden. His breakthrough photo-essays were published both in Sweden and abroad, for magazines such as Life, Picture Post and Illustrated. In the mid-1950s Nilsson started experimenting with new photographic techniques, using microscopes to 'get closer'. His revealing macro studies of the human body's inner mysteries were a big sensation and were published in magazines and books worldwide. In 1965 his groundbreaking images illustrating the beginning of life, from conception to birth, were published in the book, A Child is Born, which has since been translated into twenty languages. He has also made several award-winning films. Lennart Nilsson was designated an Honorary Doctor of Medicine by the Karolinska Institute in 1976 and he is Honorary Doctor of Philosophy of the Technische Unversitat Braunschweig in Germany (2002) as well as of Linkoping University in Sweden (2003).