Articoli correlati a The Essential Paul Laffoley: Works from the Boston...

The Essential Paul Laffoley: Works from the Boston Visionary Cell 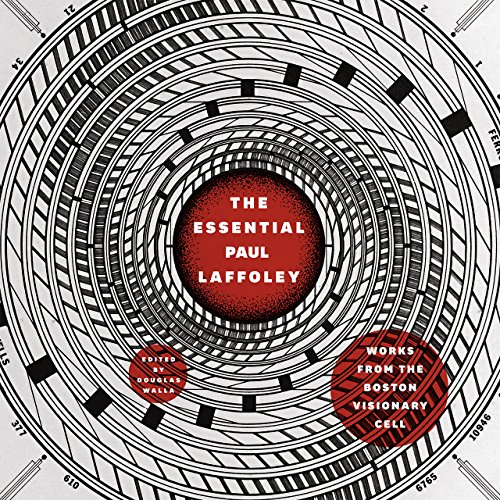 Paul Laffoley, who once worked for Frederick Kiesler and Andy Warhol, emerged in recent years as one of the leading visionary artists of our time. Lavishly illustrated, The Essential Paul Laffoley documents the evolution of his unique intellectual, spiritual, and artistic approaches. Living and working in a tiny space in Boston he called the "Boston Visionary Cell," Laffoley became best known for his large mandala-like paintings filled with symbols and texts. Their titles range from the paranormal and arcane, such as The Ectoplasmic Man and The Sexuality of Robots, to the organic, as with Das Urpflanze Haus, to the erudite, including De Rerum Natura, a reference to the Roman poet Lucretius. Whether focused on working with plants to create living architecture or centered on the process of alchemy, these detailed, brilliantly colored works reflect Laffoley's utopian hopes and transdisciplinary interests: throughout, he aimed to unite the boundless freedom of human imagination with the mathematical precision of the physical world. Nearly one hundred of Laffoley's works are showcased here along with his accompanying "thought-forms," texts specific to each painting that comment on its particular content. Together with an introduction by editor and gallerist Douglas Walla, a biography by fellow artist Steven Moskowitz, and essays by scholars Linda Dalrymple Henderson and Arielle Saiber, this book is a long-awaited celebration of the theories, writings, and artworks of an extraordinary mind.