Articoli correlati a Our George: A Family Memoir of George Best

Our George: A Family Memoir of George Best 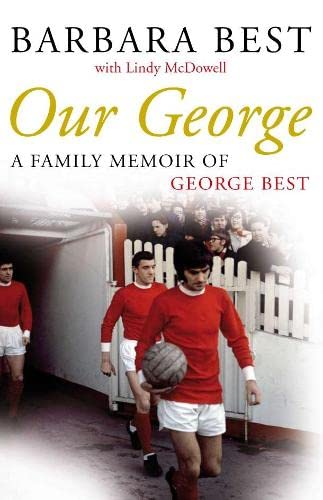 It's a story everyone knows - or thinks they know. The story of the young boy from the back streets of Belfast, who grew up to be the greatest footballer the world has ever known ... a legend who was the first superstar of the sport, but whose troubled personal life, as much as his sporting genius, came to dominate the headlines.
This book reveals for the first time the real story of the real George Best, as told by those who knew him best and loved him most. It's the inside story of the 'ordinary' Belfast family, whose love for, and contact with, their famous son and brother never wavered through the years. It's the story of a family desperately helping him as he battled the illness that also claimed the life of their beloved wife and mother.
Our George is a searingly honest and frank book about the influences that moulded the legend - and the demons that haunted his life. Speaking for the first time, the intensely private Best family (who have previously turned down massive tabloid offers to tell their story) reveal how George really felt about the people and the events that shaped his life.
Despite the fact that they are a very private family, the Bests are adamant that this book should be open and truthful. Our George not only confronts George's own failings and those of some of the people who were close to him, but it also reveals the many pressures he was subject to.
The book is illustrated with a wealth of unique unseen family photographs, documents and correspondence (much of it deeply poignant) between George and his family.

Barbara Best is a sister of the late George Best. She lives in Belfast.

1. Our George: A Family Memoir of George Best Best, Barbara and Mcdowell, Lindy