Articoli correlati a The Rwanda Crisis: History of a Genocide

Prunier, Gerard The Rwanda Crisis: History of a Genocide

The Rwanda Crisis: History of a Genocide 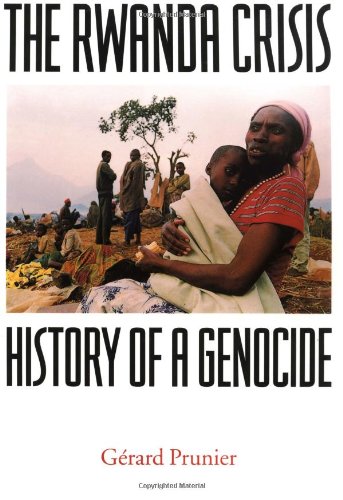 In the spring of 1994 the tiny African nation of Rwanda exploded onto the international media stage, as internal strife reached genocidal proportions. But the horror that unfolded before our eyes had been building steadily for years before it captured the attention of the world.
In The Rwanda Crisis, journalist and Africa scholar Gerard Prunier provides a current yet historical perspective that Western readers need to understand how and why the brutal massacres of 800,000 Rwandese came to pass. Prunier shows how the events in Rwanda were part of a deadly logic, a plan that served central political and economic interests, rather than a result of ancient tribal hatreds - a notion often invoked by the media to dramatize the fighting.
The Rwanda Crisis makes great strides in dispelling the racist cultural myths surrounding the people of Rwanda, views propagated by European colonialists in the nineteenth century and carved into "history" by Western influence. Prunier demonstrates how the struggle for cultural dominance and subjugation among the Hutu and Tutsi - the central players in the recent massacres - was exploited by racially obsessed Europeans. He shows how Western colonialists helped to construct a Tutsi identity as a superior racial type because of their distinctly "non-Negro" features in order to facilitate greater control over the Rwandese.
Expertly leading readers on a journey through the troubled history of the country and its surroundings, Prunier moves from the pre-colonial Kingdom of Rwanda, through German and Belgian colonial regimes, to the 1973 coup. The book chronicles the developing refugee crisis in Rwanda and neighboring Uganda in the 1970s and 1980s, and offers the most comprehensive account available of the manipulations of popular sentiment that led to the genocide and the events that have followed.

Gerard Prunier is a Senior Researcher at the Centre National de la Recherche Scientifique in Paris.

1. The Rwanda Crisis: History of a Genocide (American Moment)

2. The Rwanda Crisis: History of a Genocide Prunier, G?rard