Articoli correlati a Mr Wilder and Me

Coe, Jonathan Mr Wilder and Me

Mr Wilder and Me 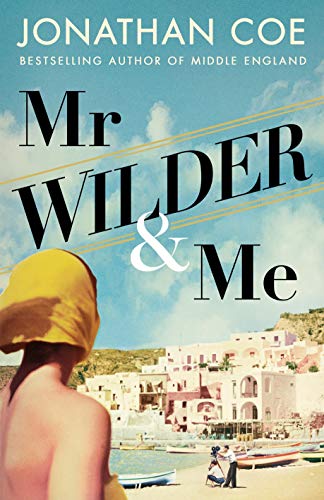 1. Mr Wilder and Me (Hardback)

Descrizione libro Penguin Books Ltd, United Kingdom, 2020. Hardback. Condizione: New. Language: English. Brand new Book. **The dazzling new novel from the prize-winning, bestselling author of Middle England** 'As good as anything he's written - a novel to cherish' Observer_____________________________________________________ __In the heady summer of 1977, a naive young woman called Calista sets out from Athens to venture into the wider world. On a Greek island that has been turned into a film set, she finds herself working for the famed Hollywood director Billy Wilder, about whom she knows almost nothing. But the time she spends in this glamorous, unfamiliar new life will change her for good.While Calista is thrilled with her new adventure, Wilder himself is living with the realisation that his star may be on the wane. Rebuffed by Hollywood, he has financed his new film with German money, and when Calista follows him to Munich for the shooting of further scenes, she finds herself joining him on a journey of memory into the dark heart of his family history. In a novel that is at once a tender coming-of-age story and an intimate portrait of one of cinema's most intriguing figures, Jonathan Coe turns his gaze on the nature of time and fame, of family and the treacherous lure of nostalgia. When the world is catapulting towards change, do you hold on for dear life or decide it's time to let go?_______________________________________________________'A beautiful, bittersweet novel that is itself crying out for the silver screen treatment' Scotsman'Effortlessly pleasurable and deceptively simple' The Times'Utterly charming, deeply poignant and ultimately uplifting' Mail on Sunday'A charming, bittersweet book, and a perfect reminder of art's value in stark times' Spectator'A book more loving towards its readers or its subject is hard to imagine' John Self, The Critic. Codice articolo AAZ9780241454664

3. Mr Wilder and Me (Hardcover)