The Rise of Modern Mythology, 1680-1860: A Critical History with Documents

The Rise of Modern Mythology, 1680-1860: A Critical History with Documents 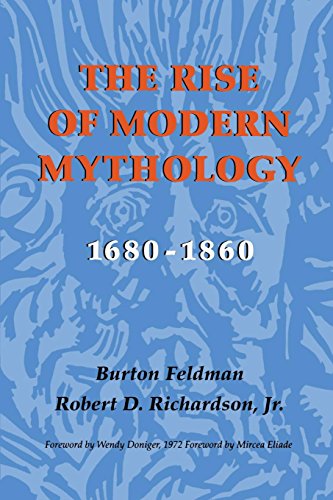 Presents literary excerpts and readings which analyze and debate the origin, interpretation and validity of mythological theories

Burton Feldman, Professor of English Emeritus at the University of Denver, has also taught at the University of Chicago and Hebrew University. He has contributed articles on 18th-19th century mythology to the Dictionary of
the History of Ideas and The Encyclopedia of Religion, and (with Robert D. Richardson) has edited and introduced Myth and Romanticism, a 50-volume set of sources for English Romantic writers.

Robert D. Richardson, Jr. is an independent scholar and literary biographer who currently divides his time between Middletown, Connecticut, Key West, and Cape Cod. He has taught at Harvard, the University of Denver, the
University of Colorado, Queens College and the Graduate Center of CUNY, Sichuan University in China, Yale, and Wesleyan. He is author of Literature and Film, Myth and Literature in the American Renaissance, Henry Thoreau: A Life of the Mind, and Emerson: The Mind on Fire. He edited (with Allen Mandelbaum) Three Centuries of American Poetry and is working on a biography of William James.