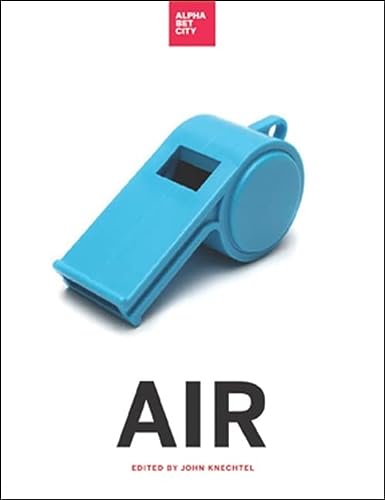 Writers, artists, and scholars consider the fragility of air, the ultimate commons.

The thin layer of atmosphere that clings to the surface of our planet is a fragile and corrupted brew. Air is in constant, restless migration around the globe, connecting us in the most intimate fashion. From the dust storms that sweep into Beijing from faraway deserts to the smog from Chinese factories that shrouds Los Angeles, our air, the ultimate commons, is tragically defenseless. Breathing air is an involuntary physical function, but keeping the air breathable requires acts of political imagination and will. Air considers the condition of this basic component of life on earth from a range of perspectives. It reveals the thick materiality of air, air as stinky, clotted, corrupted matter—in a word, dirty. We see the stuff of air in the form of molecules from disintegrating artworks, or as the material for building forms; as the bearer of scents and germs and as the substrate for communications both digital and pneumatic. Here, an asthmatic strains to inhale the air that bears the cause of her distress; a philosopher muses on the intelligibility of air; an artist dreams of being the accountant of dust; and city construction sheds are replaced by a floating "urbanCLOUD." Air leads us to perceive air, and the imperative to protect it, anew.

Edward J. Lincoln is a senior fellow at the Council on Foreign Relations.