Articoli correlati a Greening Berlin: The Co-Production of Science, Politics,...

Greening Berlin: The Co-Production of Science, Politics, and Urban Nature 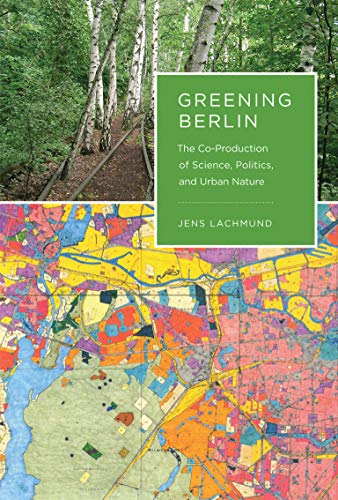 How plant and animal species conservation became part of urban planning in Berlin, and how the science of ecology contributed to this change.

Although nature conservation has traditionally focused on the countryside, issues of biodiversity protection also appear on the political agendas of many cities. One of the emblematic examples of this now worldwide trend has been the German city of Berlin, where, since the 1970s, urban planning has been complemented by a systematic policy of “biotope protection”—at first only in the walled city island of West Berlin, but subsequently across the whole of the reunified capital. In Greening Berlin, Jens Lachmund uses the example of Berlin to examine the scientific and political dynamics that produced this change.

After describing a tradition of urban greening in Berlin that began in the late nineteenth century, Lachmund details the practices of urban ecology and nature preservation that emerged in West Berlin after World War II and have continued in post-unification Berlin. He tells how ecologists and naturalists created an ecological understanding of urban space on which later nature-conservation policy was based. Lachmund argues that scientific change in ecology and the new politics of nature mutually shaped or “co-produced” each other under locally specific conditions in Berlin. He shows how the practices of ecologists coalesced with administrative practices to form an institutionally embedded and politically consequential “nature regime.”

Lachmund's study sheds light not only on the changing place of nature in the modern city but also on the political use of science in environmental conflicts, showing the mutual formation of science, politics, and nature in an urban context.

2. Greening Berlin: The Co-Production of Science, Politics, and Urban Nature (Inside Technology)

3. Greening Berlin: The Co-Production of Science, Politics, and Urban Nature (Inside Technology)