Articoli correlati a The Making of Technological Man

The Making of Technological Man 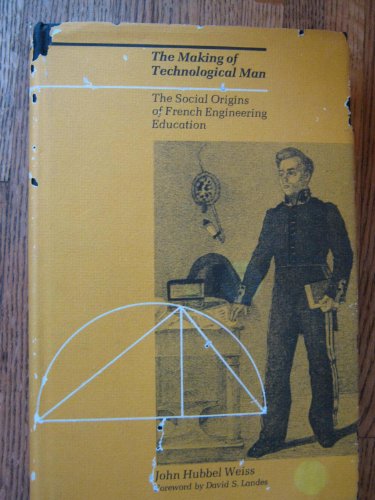 In this book, Weiss traces the rise of the professional class of ingenieurs civils - in France, engineers of whatever specialty who did not work for the state but were employed by industrial firms or operated on their own elsewhere in the private sector. In particular, his book is a study of the primary source of such engineers - the Ecole Centrale des Arts et Manufactures - from its founding in 1829 to that watershed year in French history, 1848.

One of the book's conclusions is that the school's formal curriculum and social ambience did not prepare its graduates to deal explicitly with political, economic, philosophical, or cultural matters, producing engineers with little understanding of the social implications of technological change. Its findings parallel evaluations of technical institutions - including MIT - that were founded later and in other countries and that were based on the original Parisian school.

John Hubbel Weiss is Assistant Professor of History at Cornell.

1. The Making of Technological Man: The Social Origins of French Engineering Education