Articoli correlati a Situations and Attitudes 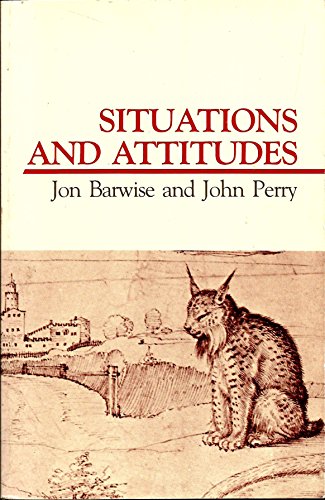 In this provocative book, Barwise and Perry tackle the slippery subject of "meaning," a subject that has long vexed linguists, language philosophers, and logicians. Meaning, they propose, does not exist solely within words and sentences but resides largely in the situation and the attitudes brought to it by those involved. They present a witty and clear treatment of important innovations in the field of natural semantics, contending that the standard view of logic (as derived from Frege, Russell, and work in mathematics and logic) is inappropriate for many of the uses to which it has been put by scholars. In Situations and Attitudes they provide the basics of a realistic model-theoretic semantics of natural language, explain the main ideas of the theory, and contrast them with those of competing theories.

Jon Barwise is Director of the Center for the Study of Language and Information at Stanford University. John Perry is Professor of Philosophy, also at Stanford.