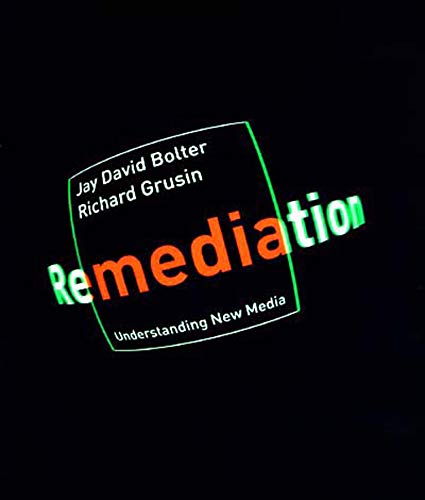 A new framework for considering how all media constantly borrow from and refashion other media.

Media critics remain captivated by the modernist myth of the new: they assume that digital technologies such as the World Wide Web, virtual reality, and computer graphics must divorce themselves from earlier media for a new set of aesthetic and cultural principles. In this richly illustrated study, Jay David Bolter and Richard Grusin offer a theory of mediation for our digital age that challenges this assumption. They argue that new visual media achieve their cultural significance precisely by paying homage to, rivaling, and refashioning such earlier media as perspective painting, photography, film, and television. They call this process of refashioning "remediation," and they note that earlier media have also refashioned one another: photography remediated painting, film remediated stage production and photography, and television remediated film, vaudeville, and radio.

Jay David Bolter is Wesley Professor of New Media and Director, Center for New Media Research and Education in the School of Literature, Communication, and Culture at Georgia Tech University.