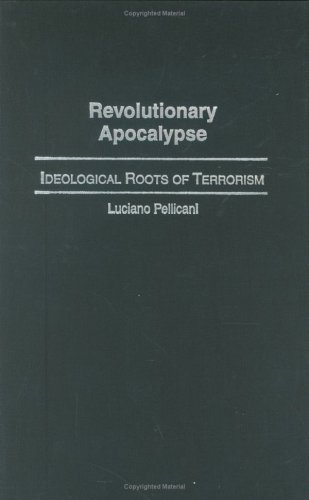 Emerging from the cultural catastrophe produced by the traumatic advance of modernity, the professional revolutionary is one disenchanted with the world. Incapable of accepting reality, he/she is convinced that he/she has a scientific knowledge that resolves the puzzle of history and will result in the creation of a paradise on Earth. Pellicani details the history of the birth of revolutionarism as a new form of Gnosticism through a study of the theory, the organization, and the practice of the Leninist party and their project to purify society by permanent terrorism. He analyzes the causes behind the collapse of the totalitarian system built by the Bolsheviks, and he provides new insights into understanding the recent revival of the nihilistic anarchism of the "Black Blocks" in Europe and their violent attacks against globalization and modern civilization.

LUCIANO PELLICANI is Professor of Political Sociology at the Libera Universita Internazionale degli Studi Sociali of Rome, Director of the School of Journalism LUISS of Rome, and editor of Mondoperaio, the review founded by the socialist leader Pietro Nenn. He is also president of the Foundation Gino Germani.