Articoli correlati a Victorian Britain Through the Magic Lantern

Victorian Britain Through the Magic Lantern 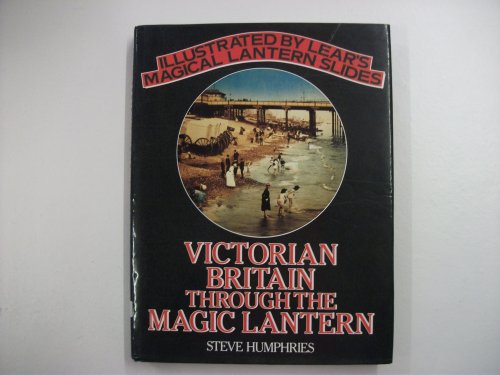 In this illustrated book, leading social historian Steve Humphries explores the lost world of Victorian Britain's most popular mass medium: the magic lantern. Drawing on Doug and Anita Lear's unique collection of slides, he tells for the first time the remarkable story of the rise and fall of this powerful cinematic device. Through these rare and extraordinary images, never before published, we are given a private glimpse of the Victorian world as it appeared to those who lived in it. The magic lantern was invented in the seventeenth century and went on to become, by Victorian times, a highly sophisticated machine which entranced large audiences with its stunning array of images. Rather like television today, lantern slides in those days came to reflect the passions and prejudices of the age. Lanternists developed their art (of cover the fever of imperialism, wars, disasters, royal occasions and sporting triumphs. But perhaps the magic lantern was at its most interesting when it explored the social realities of the period. These images capture everyday life in the street, at work, at play, even in the slums of Victorian Britain. Illustrated with 200 black and white and a superb collection of hand-coloured slides, this book illuminates a lost world, as well as constituting, the magic lantern has lain dormant for almost a century. Steve Humphries "Hooligans and Rebels - an oral history of working class childhood and youth", all four volumes of "The making of modern London, christmas past, a secret world of sex, and a century of childhood" which he produced and was serialized by channel four in the spring of 1989.

2. Victorian Britain Through the Magic Lantern