Articoli correlati a The Eskimos of Bering Strait, 1650-1898 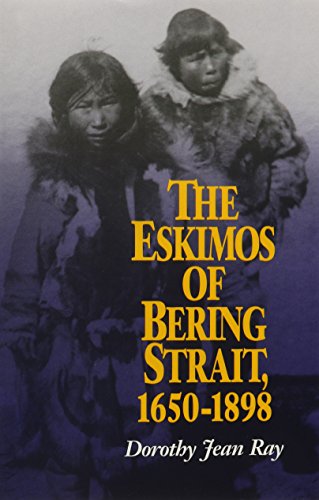 "This fundamental work, admirably conceived and researched, and well written, provides a cultural history of the Bering Strait area of Alaska from the initial white contact about 1650 until the gold rush of 1898 swamped the native population with newcomers. The author bases her work on an exhaustive study of printed sources, clarified by nearlytwenty years of ethnographic field work." -American Historical Review

"This book makes three major contributions to the social history of the Bering Strait region. The most significant is that it outlines for the first time the sequence of cross-cultural contacts in the area for a 250-year period. It thus provides us with the kind of broad temporal perspective that has been sadly lacking in the overwhelming majority of studies of Alaska's Native peoples...The second major contribution of the book is its detailed presentation of little-known and generally inaccessible early Russian material. It includes a number of direct quotations and paraphrased excerpts from previously untranslated Russian and German sources...The third major contribution of the book is a series of excellent summaries of Eskimo culture at three different points in time." -Alaska Journal

"Ray's Eskimo informants, some born in the 1870s and interviewed in the early 1960s, provided first-hand information and oral tradition for the rapidly changing last years of the 19th century. Problems of American jurisdiction, missions, schools and other aspects of American immigration to Alaska are exceedingly well documented. A thorough discussion of mismanagement by Sheldon Jackson, educational administrator, is worthy of note." -Oregon Historical Quarterly