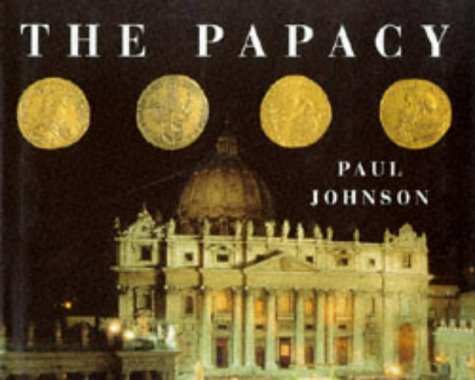 To Catholics and non Catholics alike, the workings of the Vatican, together with it's colourful history remain a source of fascination. How did this ' monarchy ' arise and who were the men who created it and made a central feature of Western life? The Papacy starts with St Peter, traditionally the 1st bishop of Rome. 8 Academics under the editorship of Paul Johnson review 2,0000 years of the papacy, highly illustrated, the achievements and effects, historical and cultural, theological and geographical, of the See of Rome are brought to life.

A history of the papacy.

Paul Johnson was born in 1928. He edited the New Statesman in the 1960s and has written over forty books. His Modern Times, a history of the world from the 1920s to the 1990s, has been translated into more than fifteen languages. As well as a weekly column in the Spectator, he contributes to newspapers all over the world.