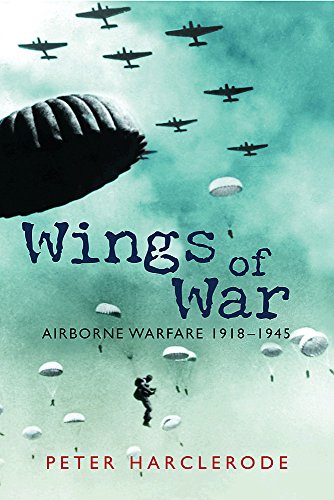 The first drop of a body of troops was carried out by the Italians in 1927. The first active engagement of an airborne force, against a bandit army in Central Asia - just fifteen Russian troops dropped from three aircraft - took place in 1929.Yet only eleven years later airborne forces were to change, radically and completely, the way that war on the ground was conducted. Once again a new technology had pushed forward man's ability to conduct war with ever increasing effectiveness. This book tells the complete story, to a detail never previously accomplished. It covers all aspects of airborne forces, including the aircraft, specialist equipment and systems developed for the safe delivery of airborne troops, vehicles, weapons and other equipment, right to the present day.

'Occasionally a monumental work comes along which adds enormously to our detailed knowledge of a subject. Just such a volume is WINGS OF WAR' (SOLDIER MAGAZINE )

'... no other book comes near in describing the whole story in such detail, nor describes the context so well.' (SCOTTISH LEGION NEWS )

Peter Harclerode was commissioned into the Irish Guards in 1967, serving in the UK, Middle East and Far East. He has also served in the SAS and the Parachute Regiment. He has worked in the defence industry and is now a full time author, established as one of Britain's leading writers on guerilla, terrorist and covert operations world wide.