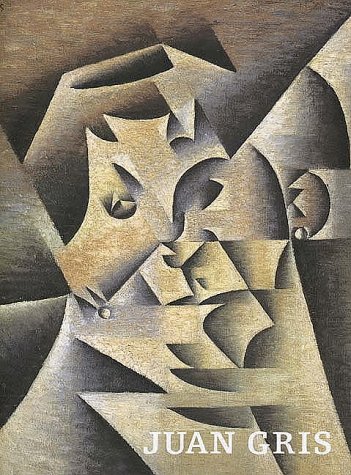 This book presents a study of Juan Gris and Cubism. It is published to coincide with an exhibition at the Whitechapel Art Gallery in London on 18th September. Gris was the first of the major Cubists to die. His career ended in 1927, while those of Picasso, Braque and Leger continued for many decades further. However, his historical significance as a leading Cubist whose work offers insights into the phenomenon of Cubism as a whole remains. His career as a painter (1910-1917) exactly correlates with the years of Cubism's greatest notoriety. This book, by offering a close scrutiny of his work, offers also a succession of observations on Cubism from the period before 1914 through the 1914-18 war, into the period of the post-war "Rappel a l'ordre". The main body of the book consists of seven essays by Christopher Green. They are not written to form a narrative but to analyze different aspects of Gris' work in the context of Cubism. The issues addressed include the construction of Gris' image as a Cubist alongside Picasso and Braque, the status of his reputation as "the demon of logic" and the painter of a new Platonism, the acceptance and then rejection of his "late" work, the role of gender, nationalism and notions of tradition in his figure-painting and the workings of metaphorical and of theatrical allusion in his still-lives. Both Gris and Cubism are re-examined as elements of a wide-ranging cultural history which covers a fundamental change in the France of the Third Republic. Karin von Maur contributes a study on the theme of music in Gris' work and Christian Derouet contributes a discussion on the 150 letters discovered which were written by Gris between 1915 and 1921.

Descrizione libro Yale Univ Press, New Haven, 1993. Cloth Hardcover. Condizione: New. Condizione sovraccoperta: New. NEW BOOK and DJ, both MINT and with Mylar. // The main body of this book "consists of seven essays by Christopher Green. They are not written to forma narrative but to analyse different aspects of Gris's work in the context of Cubism" Also, "Karin von Maur contributes a study of the theam of music in gris's work." Book published to coincide with an exhibition opening at the Witechapel Art Galery in London. Many color and black-and-white illustrations. // NO FINER COPY EXISTS. Size: Quatro. Codice articolo 001060