Articoli correlati a Classical Architecture in Britain: The Heroic Age 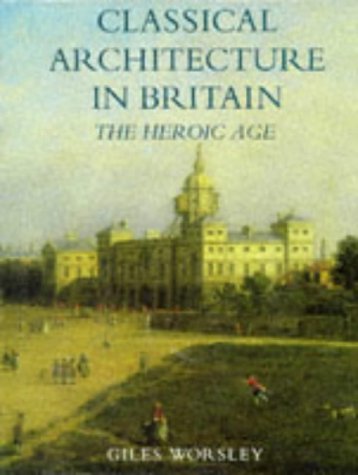 Giles Worsley notes that architectural styles do not always supersede one another but can co-exist, although one style may be dominant. Focusing on the Palladian classical tradition, introduced by Inigo Jones in the 1610s, he shows that this tradition did not die out with Jones's death and revive only during the first half of the eighteenth century, as is commonly assumed, but remained viable until the end of the eighteenth century, rivalling the baroque and rococo styles. Worsley argues that neo-classicism, generally seen as a generic description of architecture in the late eighteenth century, was actually prevalent in British architecture in varying degrees of strength as early as 1615. He examines the architecture of Scotland, Ireland and North America in the seventeenth and eighteenth centuries and shows how styles were influenced by English Palladianism. He also places Palladianism in a European context, pointing out that it was not an isolated phenomenon but was an important feature of Italian, French, Dutch and German architecture during this time. The book thus not only sheds fresh light on British architecture but also provides a new outlook on European and American architecture as a whole.