Articoli correlati a Courts, Law, and Politics in Comparative Perspective 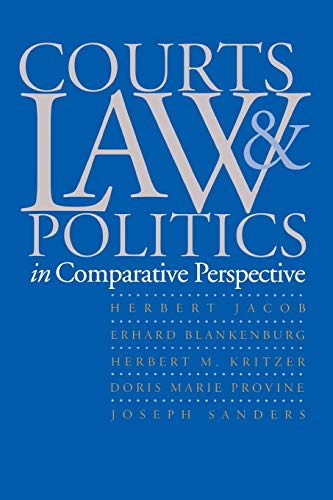 This comprehensive book compares the intersection of political forces and legal practices in five industrial nations?the United States, England, France, Germany, and Japan. The authors, eminent political scientists and legal scholars, investigate how constitutional courts function in each country, how the adjudication of criminal justice and the processing of civil disputes connect legal systems to politics, and how both ordinary citizens and large corporations use the courts.

For each of the five countries, the authors discuss the structure of courts and access to them, the manner in which politics and law are differentiated or amalgamated, whether judicial posts are political prizes or bureaucratic positions, the ways in which courts are perceived as legitimate forms for addressing political conflicts, the degree of legal consciousness among citizens, the kinds of work lawyers do, and the manner in which law and courts are used as social control mechanisms. The authors find that although the extent to which courts participate in policymaking varies dramatically from country to country, judicial responsiveness to perceived public problems is not a uniquely American phenomenon.