Articoli correlati a Epidemics and History: Disease, Power and Imperialism 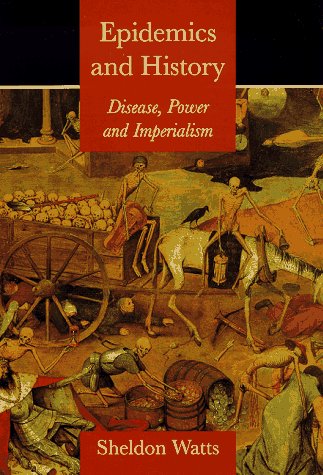 A wide ranging study of the great epidemic scourges of humanity - plague, leprosy. smallpox, syphilis, cholera and yellow fever/malaria - over the last six centuries. Sheldon Watts, applies his perspective to the study of global disease, exploring the connections between the movement of epidemics and the manifestations of imperial power in the Americas, Asia, Africa and in European homelands. He shows how the perceptions of whom a disease targeted changed over time and effected various political and medical responses. He argues that not only did western medicine fail to cure the diseases that its own expansion engendered, but that imperial medicine was in fact an agent and tool of empire. Watts examines the relationship between the pre-modern medical profession and such epidemic disasters as the plague in western Europe and the Middle East; leprosy in the medieval west and in the 19th-century tropical world; the spread of smallpox to the new world in the age of exploration; syphilis and nonsexual diseases in Europe's connection with Asia; cholera in India during British rule; and malaria in the Atlantic basin during the eras of slavery and social Darwinism. He investigates in detail the relation between violent environmental changes and disease, and between disease and society, both in the material sphere and in the minds and spirit of rulers and those who where ruled. This book is an account of the way diseases - arising through chance, through reckless environmental change engineered by man, or through a combination of each - were interpreted in western Europe and in the colonized world.