Articoli correlati a Tales from the German Underworld: Crime and Punishment...

Tales from the German Underworld: Crime and Punishment in Nineteenth Century 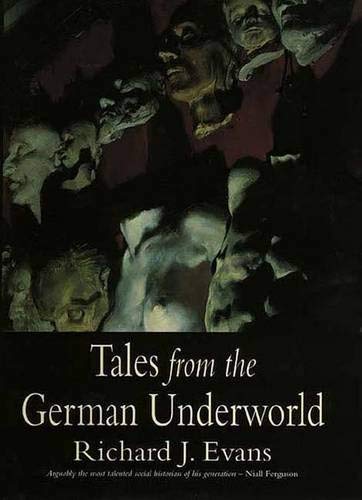 Through the means of four narratives from the 19th-century German underworld, this book explores an array of questions about criminality, punishment and social exclusion in modern German history. Drawing on hitherto unexplored legal documents and police files, Richard J. Evans recounts the adventures of an art teacher imprisoned for forging bank notes, then transported to Siberia with a gang of violent Prussian felons in 1802; the sufferings of a drunken female vagrant whipped repeatedly by the authorities in bremen in the 1820s and 30s for the crime of persistently returning to the city after being expelled; the personal and political deceptions of a con man arrested in the 1860s for not paying his hotel bill; and the career of a young woman who drifts into prostitution after bearing an illegitimate child and discovers the underworld to be much less cruel and immoral than "respectable" society from which she was rejected. Each of these narratives sheds light on the qualities of German penal policy in the 19th century, when a regime of public and often symbolic physical punishment was transformed into one of silent, regimented incarceration. Evans investigates the complexity of the relations between deviance and control, the ambiguities of criminality in modern German history, and the ways literary models influenced perceptions of - and behaviour in - the criminal world.

Tales from the German Underworld: Crime and Punishment in the Nineteenth Century

1. Tales from the German Underworld

2. Tales from the German Underworld