Articoli correlati a Art As Evidence: Writings on Art and Material Culture

Art As Evidence: Writings on Art and Material Culture 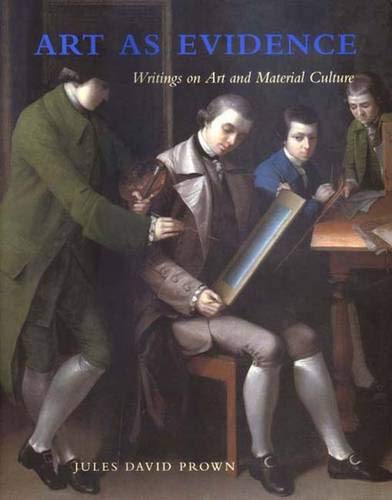 A celebration of the career of Jules Prown, a historian of American art and a pioneer in the study of material culture, a discipline that attempts to achieve a more profound understanding of individuals and societies using works of art as tangible evidence. It brings together 18 of his most influential essays along with an introductory chapter, an intellectual autobiography that explains the evolution of his life's work. The volume begins with theoretical essays that document Prown's thinking as a cultural art historian, followed by the presentation of a number of his finest writings on American art. These pieces focus on the work of key 18th-century American artists - Benjamin West, John Singleton Copley, Charles Willson Peale and John Trumbull - who painted in England as well as in America, and on the work of such major 19th-century artists as Winslow Homer and Thomas Eakins. The essays reveal Prown's trajectory as an art historian: the earlier ones are examples of more traditional art historical methodology, as Prown investigates formalist and iconographic techniques, and the later ones demonstrate his developing interest in unpacking cultural meaning from objects.

2. Art as Evidence: Writings on Art and Material Culture