Articoli correlati a Architecture in the Balkans: From Diocletian to Suleyman... 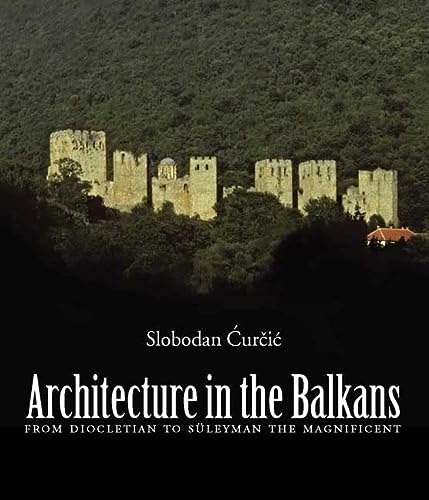 In this major work, Slobodan Curcic traces the development of architecture in the Balkans from late antiquity to the height of the Ottoman Empire. Covering not just ecclesiastical buildings but architectural enterprises ranging from urban conglomerations, simple houses, and palaces, to fortifications, cisterns, aqueducts, and bridges—Curcic assesses the origins and impact of Byzantine architecture in the region.

This book—the first of its kind on the subject matter—considers the continuity of architectural tradition in a region marked by profound political, cultural, and religious confrontations, as well as periods of creative interactions over a historical span of nearly thirteen centuries. Revealing in terms of the largely unknown material it presents, the book explores processes whose significance extends beyond the Balkan Peninsula itself. Illustrated with several hundred photographs and drawings, most specifically made for this purpose, the book is a landmark achievement.

Slobodan Curcic is professor in the Department of Art and Archaeology and former director of the Program in Hellenic Studies at Princeton University.

Architecture in the Balkans From Diocletian to Suleyman the Magnificent, C. 300-1550