Articoli correlati a Cezanne to Picasso: Ambroise Vollard, Patron of the...

Cezanne to Picasso: Ambroise Vollard, Patron of the Avant-garde

Cezanne to Picasso: Ambroise Vollard, Patron of the Avant-garde 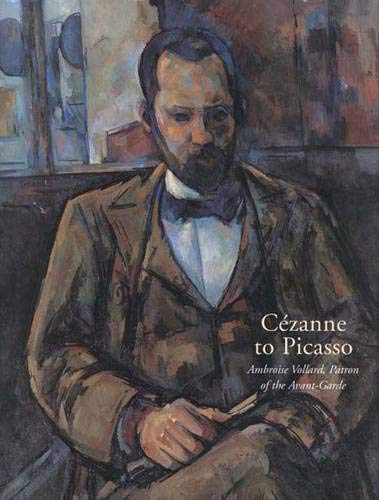 Ambroise Vollard (1867–1939) played a key role in the transformation of the art world in the late 19th century. A pioneering Parisian dealer, Vollard introduced many of the era's leading artists to the public. This beautifully illustrated catalogue, accompanying the first comprehensive exhibition devoted to Vollard's extraordinary achievement, presents 130 important paintings, sculpture, and works on paper that he promoted, exhibited, and sold.

Vollard's groundbreaking exhibition in 1895 of Cézanne's work definitively established the artist's reputation, and Vollard subsequently organized major exhibitions of the Nabis, Gauguin, and Van Gogh; promoted the work of artists ranging from Degas to Rouault to the Fauves; and gave many young artists, including Picasso and Matisse, their first solo shows.  In addition, Vollard published print albums and livres d'artiste  that are among the most celebrated of the early 20th century. This important volume features twenty-two essays that examine Vollard's career and expertise in the art market, his relationships with individual artists and collectors, and a wealth of previously unpublished material from the newly available archive of Vollard's documents and from the archives of the artists he represented.