Articoli correlati a The Familiarity of Strangers: The Sephardic Diaspora,...

Trivellato, Francesca The Familiarity of Strangers: The Sephardic Diaspora, Livorno, and Cross-Cultural Trade in the Early Modern Period

The Familiarity of Strangers: The Sephardic Diaspora, Livorno, and Cross-Cultural Trade in the Early Modern Period 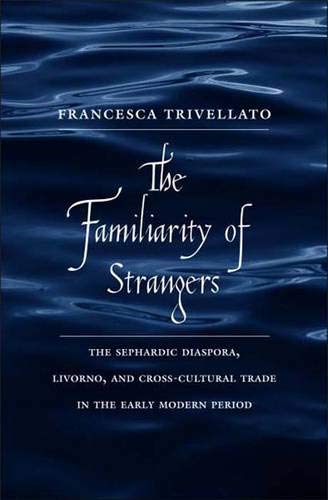 Taking a new approach to the study of cross-cultural trade, this book blends archival research with historical narrative and economic analysis to understand how the Sephardic Jews of Livorno, Tuscany, traded in regions near and far in the seventeenth and eighteenth centuries. Francesca Trivellato tests assumptions about ethnic and religious trading diasporas and networks of exchange and trust. Her extensive research in international archives?including a vast cache of merchants’ letters written between 1704 and 1746?reveals a more nuanced view of the business relations between Jews and non-Jews across the Mediterranean, Atlantic Europe, and the Indian Ocean than ever before.

The book argues that cross-cultural trade was predicated on and generated familiarity among strangers, but could coexist easily with religious prejudice. It analyzes instances in which business cooperation among coreligionists and between strangers relied on language, customary norms, and social networks more than the progressive rise of state and legal institutions.

The Familiarity of Strangers: The Sephardic Diaspora, Livorno, and Cross-Cultural Trade in the Early Modern Period

Descrizione libro Hardcover. Condizione: Good. Connecting readers with great books since 1972. Used books may not include companion materials, some shelf wear, may contain highlighting/notes, may not include cdrom or access codes. Customer service is our top priority!. Codice articolo S_310281090