Articoli correlati a Caravaggio & His Circle in Rome

Caravaggio & His Circle in Rome 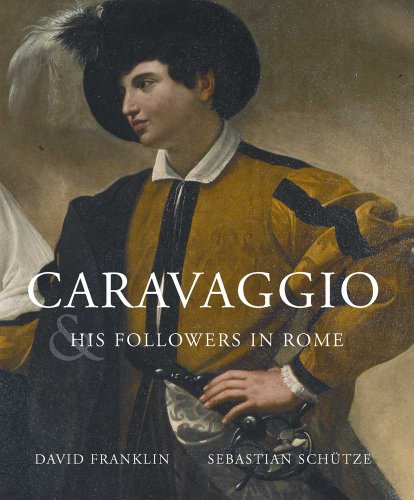 The Italian artist Caravaggio (1571-1610) had a profound impact on a wide range of baroque painters of Italian, French, Dutch, Flemish, and Spanish origin who resided in Rome either during his lifetime or immediately afterward. This captivating book illustrates the notion of "Caravaggism," showcasing 65 works by Peter Paul Rubens and other important artists of the period who drew inspiration from Caravaggio. Also depicted are Caravaggio canvases that fully exhibit his distinctive style, along with ones that had a particularly discernible impact on other practitioners.

Caravaggio's influence was greatest in Rome, where his works were seen by the largest and most international group of artists, and was at its peak in the early decades of the 17th century both before and after his untimely death at the age of 39. Not since Michelangelo or Raphael has one European artist affected so many of his contemporaries and over such broad geographic territory. Essays by an array of major Caravaggio scholars illuminate the underlying principles of the exhibit, reveal how Caravaggio altered the presentation and interpretation of many traditional subjects and inspired unusual new ones, and explore the artist's legacy and how he irrevocably changed the course of painting.

David Franklin is Director of the Cleveland museum of Art.
Sebastian Schütze is Professor of the History of Art at the University of Vienna.

1. Caravaggio and His Followers in Rome

2. Caravaggio and His Followers in Rome