Articoli correlati a Djenne - Jeno: 1000 Years of Terracotta Statuary in... 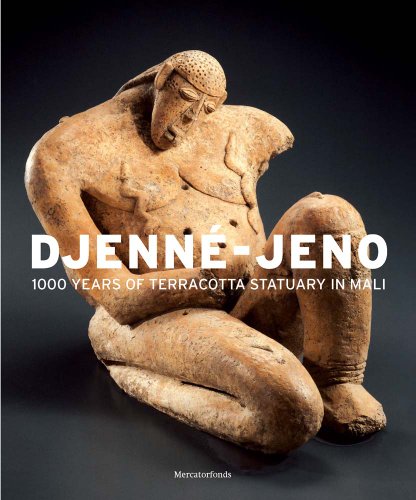 The so-called Djenné statuary emerged circa A.D. 700 and flourished until 1750. The terracotta statues were manufactured by various groups inhabiting the Inland Niger Delta region of present-day Mali, centered around the ancient urban center of Djenné-Jeno. These terracotta sculptures, more than 300 of which are published in this book for the first time, express a remarkable range of physical conditions and human emotions, providing the largest corpus of ancient sacred gestures of any civilization in Sub-Saharan Africa.

Djenné-Jeno investigates this important and mainly unpublished corpus of terracotta statuary of one of the Mande art styles of West Africa, and traces potential connections between regions in West Africa whose artistic styles were previously thought to have developed independently. Generously illustrated with hundreds of color images, this book represents a significant contribution to the study of an art form virtually unknown until a few decades ago.

Bernard de Grunne is an independent scholar, specializing in ancient terracotta in Africa.