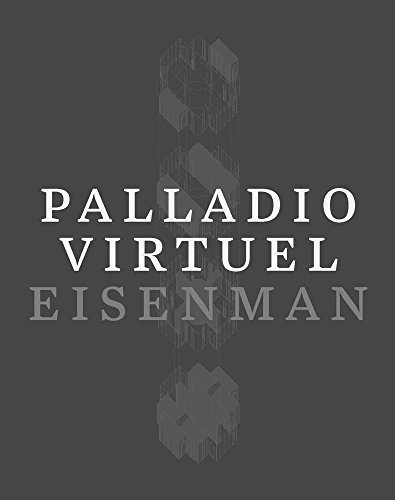 Many historians of architecture have viewed the villas of Andrea Palladio (1508–1580) as physical manifestations of the classical architectural principles described in his treatise The Four Books of Architecture (I Quattro Libri dell’Architettura). Written toward the end of his life, The Four Books illustrate Palladio’s built work, redrawn the way he wanted it to be. In this groundbreaking new study, American architect and educator Peter Eisenman analyzes twenty of Palladio’s villas, offering a radical interpretation of the Renaissance master’s work.

Working from an architect’s perspective, Eisenman, with Matt Roman, shows the evolution of Palladio’s villas from those that exhibit classical symmetrical volumetric bodies to others that exhibit no bodies at all, just fragments in a landscape. This conclusion stands in stark contrast to studies that emphasize principles of ideal symmetry and proportion in Palladio’s work. Featuring more than 300 new analytic drawings and models, this handsome book is an important addition to the corpus of Palladian studies and a testament to Palladio’s lasting place in contemporary architectural thought.

Peter Eisenman is the Charles Gwathmey Professor in Practice, Yale School of Architecture, and principal of Eisenman Architects in New York. Matt Roman is an architect and teacher in New York.