Articoli correlati a The Road To Rivoli:Napoleon's First Campaign

The Road To Rivoli:Napoleon's First Campaign 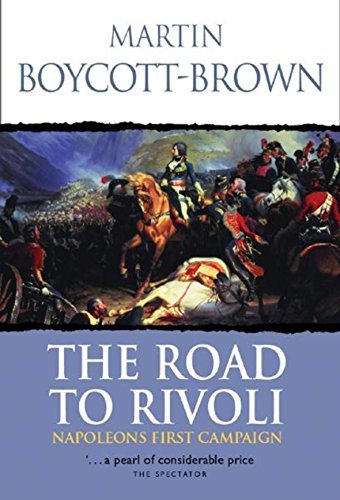 In the spring of 1796 the 26-year old Napoleon took command of the Army of Italy - a collection of some 45,000 ill-fed, poorly clothed and disillusioned men. He had only ever participated in one campaign and had never been involved in a major battle. And yet within just two months he and his scarecrow army had knocked the Piedmontese out of the war, driven the Austrians half way across Italy, and laid siege to the fortress of Mantua, the capture of which was essential for the control of northern Italy. Over the course of the next ten months Napoleon led his men to victory after victory, making them virtual masters of Northern Italy, and marching them to within 95 miles of Vienna. In this brilliant new account, Martin Boycott-Brown follows the campaign from the first Austrian attack on Napoleon's troops right through to their final defeat and the signing of the treaty at Campo Formio.

Martin Boycott-Brown has made a lifetime's work of studying Napoleon's first campaign in Italy. This is his first book.