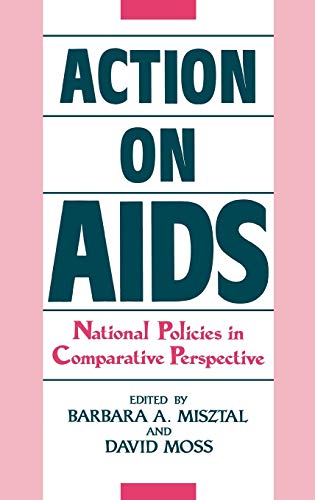 This edited collection shows how the spread of HIV infection has been followed, represented, and managed in nine countries between 1982 and 1988. The countries cited in this study were chosen due to their dominant position in generating knowledge about AIDS and providing epidemiological research on their own populations. The book covers AIDS policies and practices in the United States, Brazil, France, Belgium and West Germany, and it analyzes the national sequences of reactions and responses to the AIDS virus in the countries of Italy, Poland, Australia, and Africa.

Descrizione libro ABC-CLIO, United States, 1990. Hardback. Condizione: New. Language: English. Brand new Book. This edited collection shows how the spread of HIV infection has been followed, represented, and managed in nine countries between 1982 and 1988. The countries cited in this study have been chosen to emphasize contrasts in the social and epidemiological profiles of AIDS, and to suggest the diversity of the problems constituted by HIV/AIDS in different national contexts. The juxtaposition of sequences of national response will raise questions about the range of policy options actually available to political and social policy-makers in a given context, and will invite further examination of the factors determining the acceptance or rejection of specific measures.Following the introduction, which outlines the choices that national governments confront in formulating AIDS policies, the successive chapters cover the reactions to HIV/AIDS in the United States, Brazil, France, Belgium, West Germany, Italy, Poland, Australia, and Africa. The final chapter compares the patterns of national response, identifies their common and divergent features, and points out tensions in policy-making caused by current changes in the spread of infection and in the understanding of the virus. This book makes informative reading for those who want to learn more about international variation in the political, social, and economic aspects of the AIDS epidemic. Codice articolo LHB9780313263699

Descrizione libro Greenwood Press, 1990. Gebunden. Condizione: New. KlappentextThese essays examine how the spread of the HIV infection has been dealt with in nine countries. The countries cited in this study have been chosen to. Codice articolo 446881868