Articoli correlati a The Sun 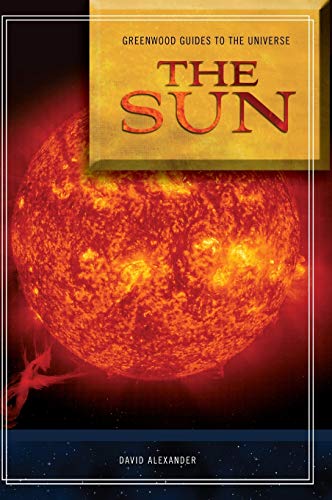 Our knowledge of the universe has increased tremendously over the last century, and our discoveries are not over - there remain scientific mysteries that the next generation of astronomers and planetary scientists will need to solve. This volume in the Greenwood Guides to the Universe series covers the Sun, and provides readers with the most up-to-date understanding of the current state of scientific knowledge. Scientifically sound, but written with the student in mind, The Sun is an excellent first step for researching the exciting scientific discoveries of the star at the center of our solar system.

DAVID ALEXANDER is currently the Andrew Hays Buchanan Associate Professor of Astrophysics at Rice University in Houston, Texas. He received a Presidential Early Career Award for Scientists and Engineers (PECASE) in 2004 and was appointed a Kavli Frontiers Fellow by the National Academy of Sciences in 2006. He is a co-investigator on the NASA STEREO mission and an Associated Scientist on the NASA Solar Dynamics Observatory (SDO) mission to be launched at the end of 2008. Professor Alexander serves as an associate editor for the Journal of Geophysical Research-Space Science and also serves, or has served, on several national advisory committees for NASA, the American Geophysical Union, and for the Solar Physics Division of the American Astronomical Society.

1. THE SUN (GREENWOOD GUIDES TO THE UNIVERSE)

6. GUIDE TO THE UNIVERSE: THE SUN

7. GUIDE TO THE UNIVERSE: THE SUN