Articoli correlati a Scribbling the Cat: Travels with an African Soldier...

Scribbling the Cat: Travels with an African Soldier [Lingua Inglese] 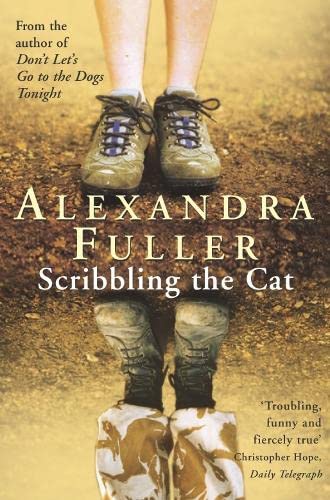 When Alexandra "Bo" Fuller was in Zambia a few years ago visiting her parents, she asked her father about a nearby banana farmer who was known as being a "tough bugger". Her father's response was a warning to steer clear of him: "Curiosity scibbled the cat, " he told her. Nonetheless, Fuller began her strange friendhip with the man she calls K, a white African and veteran of the Rhodesian War. A man of contradictions, K is battle-scarred and work-weathered, a born-again Christian and given to weeping for the failure of his romantic life and the burden of his memories. Driven by K's these memories of the war, they decide to enter the heart of darkness in the most literal way, by travelling from Zambia through Zimbabwe and Mozambique to visit the scenes of the war and to meet other veterans.

From the author of Don't Lets Go to the Dogs Tonight a powerful and sometimes painful account of an intense relationship - between a writer, her words, and those she chooses to write about.

Alexandra Fuller was born in England in 1969 and in 1972 she moved with her family to a farm in Rhodesia. After that country's civil war in 1981, the Fullers moved first to Malawi, then to Zambia. Fuller now lives in Wyoming and has two children.