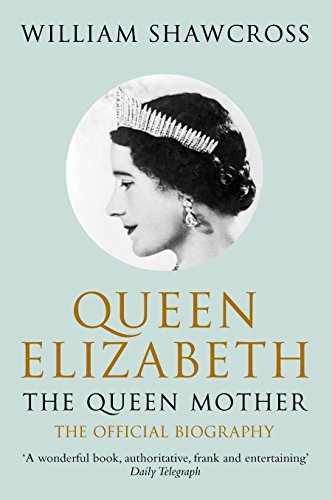 Written with complete access to the Queen Mother's personal letters and diaries, William Shawcross's riveting biography is the truly definitive account of this remarkable woman, whose life spanned the twentieth century. Elizabeth Angela Marguerite Bowes Lyon,the youngest daughter of the Earl of Strathmore, was born on 4 August 1900. Drawing on her private correspondence and other unpublished material from the Royal Archives, William Shawcross vividly reveals the witty girl who endeared herself to soldiers convalescing at Glamis in the First World War; the assured young Duchess of York; the Queen, at last feeling able to look the East End in the face at the height of the Blitz; the Queen Mother, representing the nation at home and abroad throughout her long widowhood. 'This splendid biograpy captures something of the warm glow that she brought to every event and encounter. It also reveals a deeper and more interesting character, forged by good sense, love of country, duty, humour and an instinct for what is right. This is a wonderful book, authoritative, frank and entertaining' Daily Telegraph

William Shawcross became a writer after leaving University College, Oxford in 1968. Since then he has written and travelled widely. His many books include Queen and Country, which celebrated the Queen's Golden Jubilee and was also a BBC television series.He lives in London.