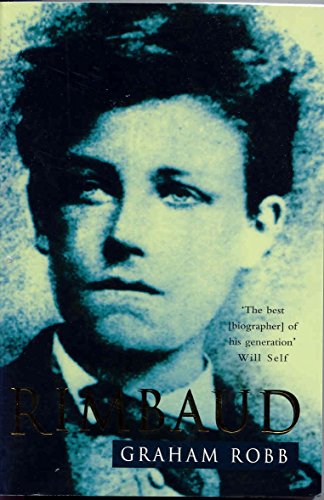 Graham Robb's brilliant biography moves Rimbaud on from his perpetual adolescence where our imaginations have held him to show the extent of his transformations. From phenomenally precocious schoolboy he became Europe's most shocking and exhilarating poet, author of poems that range from the exquisite to the obscene. But this brief, five-year period as the enfant-terrible of French literature is only one small side of Rimbaud's story. Robb takes us on a biographical journey through three continents and many different identities. Rimbaud emerges from this stunning work of biographical scholarship and historical imagination as an even more complex, ambiguous and fascinating figure than ever before.

An astute and engrossing biography from the author of Victor Hugo and Balzac.

Graham Robb was born in Manchester in 1958 and is a former fellow of Exeter College, Oxford. He has published widely on French literature and history. His 2007 book The Discovery of France won both the Duff Cooper and Royal Society of Literature Ondaatje Prizes. For Parisians (2010) the City of Paris awarded him the Grande Médaille de la Ville de Paris. He lives on the English-Scottish border.