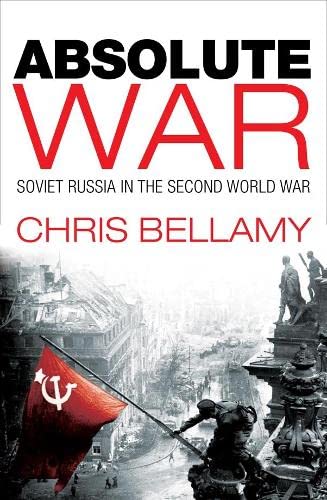 There have been many individual accounts of particular moments in the vicious war between the Nazi regime and the Soviet behemoth, but none which sets out to tell the full and dreadful story of that absolute war: absolute because both sides aimed to 'exterminate the opponent, to destroy his political existence' and total because it was fought by all elements of society, not simply the armed forces, but civilians - men, women, children - too. Chris Bellamy, Professor of Military Science at Cranfield University, is one of the world's leading experts on this subject and has been working on this book for almost a decade. It benefits from his remarkable insight into strategic issues as well as exhaustive research in hitherto unopened Russian archives. It is the definitive study of what the Soviets called - and what their fifteen successor states still call - the Great Patriotic War.

Chris Bellamy's book has much to recommend it... --Evan Mawdsley, The Literary Review

A major new history of the greatest and most terrible land-air conflict of all time: the war between Nazi Germany and Soviet Russia