Articoli correlati a Bring on the Empty Horses

Bring on the Empty Horses 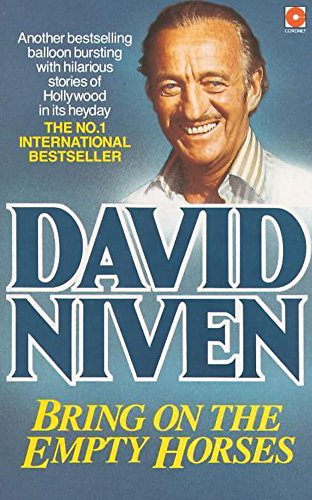 David Niven recalls his time in Hollywood during its heyday. He recounts stories and anecdotes of the stars, producers, directors, tycoons and oddballs, many of whom were his friends.

David Niven was born in London in 1910. Following Sandhurst and a brief career in the Highland Light Infantry, he sailed to North America where he undertook a number of jobs before heading to Hollywood. He starred in many films, most famously The Prisoner of Zenda in 1937, before returning to Britain when war broke out, to join the Rifle Brigade. Following the war, he returned to Hollywood where he made many more films including Death on the Nile, Casino Royale and The Guns of Navarone.