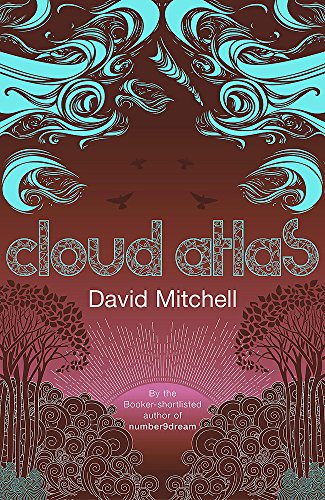 A reluctant voyager crossing the Pacific in 1850; a disinherited composer blagging a precarious livelihood in between-the-wars Belgium; a high-minded journalist in Governor Reagan's California; a vanity publisher fleeing his gangland creditors; a genetically modified 'dinery server' on death-row; and Zachry, a young Pacific Islander witnessing the nightfall of science and civilisation -- the narrators of Cloud Atlas hear each other's echoes down the corridor of history, and their destinies are changed in ways great and small. In his captivating third novel, David Mitchell erases the boundaries of language, genre and time to offer a meditation on humanity's dangerous will to power, and where it may lead us.

A remarkable book ... there won't be a bigger, bolder novel this year. (Guardian)

An impeccable dance of genres . . . an elegiac, radiant festival of prescience, meditation and entertainment. (Neel Mukherjee The Times)

A singular achievement, from an author of extraordinary ambition and skill. (Matt Thorne Independent on Sunday)

David Mitchell entices his readers onto a rollercoaster, and at first they wonder if they want to get off. Then - at least in my case - they can't bear the journey to end. (AS Byatt Guardian)

Mitchell's storytelling in Cloud Atlas is of the best. (Lawrence Norfolk Independent)

Impeccably structured novel of ideas in many voices by a talent to watch. (Literary Editor's Best Books Observer)