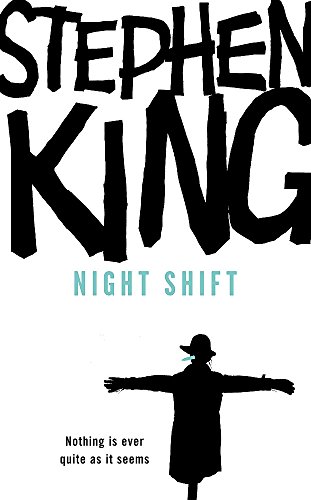 This is a collection of terrifying stories that reveal a shudderingly detailed map of the dark places that lie behind our waking, rational world. This is the horror of ordinary people and everyday objects that become strangely altered, a world where nothing is ever quite what it seems.

An incredibly gifted writer, whose writing, like Truman Capote's, is so fluid that you often forget that you're reading (Guardian)

A writer of excellence...King is one of the most fertile storytellers of the modern novel...brilliantly done (The Sunday Times)

Splendid entertainment...Stephen King is one of those natural storytellers...getting hooked is easy (Frances Fyfield, Express)

Stephen King has written some 40 books and novellas, including CARRIE, THE STAND and RITA HAYWORTH AND SHAWSHANK REDEMPTION (from the collection DIFFERENT SEASONS), BAG OF BONES, ON WRITING and most recently CELL and LISEY'S STORY. He wrote several novels under the pseudonym of Richard Bachman, including BLAZE (June 2007). He won America's prestigious National Book Award and was voted Grand Master in the 2007 Edgar Allen Poe awards. He lives with his wife, novelist Tabitha King, in Maine, USA.