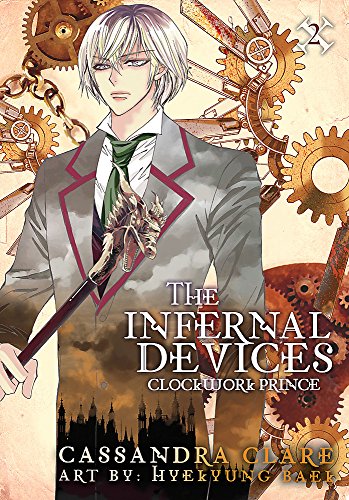 The second instalment of The Infernal Devices follows Tessa and her two dashing Shadowhunter companions, Will and Jem, as they travel throughout Victorian England seeking the full truth behind the Magister's sinister plot. Tessa feels herself growing closer to Jem, but Will continues to infuriate her - moody and aloof, she can't tell what he feels for her . . . or quite what she feels for him.

Cassandra Clare vaulted onto the publishing scene with her first YA novel, City of Bones, and has published three other bestselling novels in the Mortal Instruments series. First published in August of 2010, Clockwork Angel marked the first installment of Cassandra's Infernal Devices trilogy and debuted at no.1 on the New York Times list. The Mortal Instruments is being released on film this year, and The Infernal Devices has been optioned for film by Unique Features.

Descrizione libro Condizione: Good. Baek, HyeKyung (illustratore). A+ Customer service! Satisfaction Guaranteed! Book is in Used-Good condition. Pages and cover are clean and intact. Used items may not include supplementary materials such as CDs or access codes. May show signs of minor shelf wear and contain limited notes and highlighting. Codice articolo 0356502694-2-4