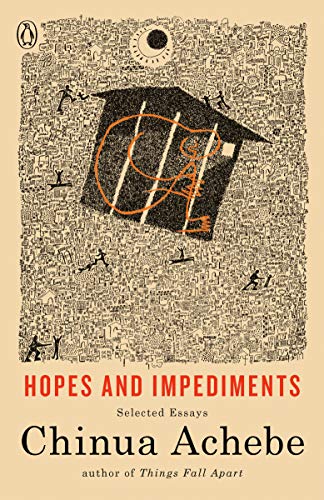 "A brilliant collection... [Achebe's] thoughts always pack a provacative wallop...Mr. Achebe aims to nudge readers to think past their stubborn preconceptions, and he succeeds marvelously."—New York Times Book Review"We are indebted to Achebe for reminding us that art has social and moral dimensions—a truth often obscured by the nihilism fashionable in the West."—Chicago Tribune"Western writers could learn much from these African visions, not because they radiate universal truths in the way Europe has seen itself doing, but precisely because they are so divergent from, so seemingly irrelevant to our head-down anxieties...Its truth lies in its diversity."—New Statesman and Society"These essays are funny, lucid, intelligent, and formed by a historical experience that is still too little understood in the United States. . . [Achebe is] a powerful voice for cultural decolonization."—The Village Voice

Chinua Achebe (1930–2013) was born in Nigeria. Widely considered to be the father of modern African literature, he is best known for his masterful African Trilogy, consisting of Things Fall Apart, Arrow of God, and No Longer at Ease. The trilogy tells the story of a single Nigerian community over three generations from first colonial contact to urban migration and the breakdown of traditional cultures. He is also the author of Anthills of the Savannah, A Man of the People, Girls at War and Other Stories, Home and Exile, Hopes and Impediments, Collected Poems, The Education of a British-Protected Child, Chike and the River, and There Was a Country. He was the David and Marianna Fisher University Professor and Professor of Africana Studies at Brown University and, for more than fifteen years, was the Charles P. Stevenson Jr. Professor of Languages and Literature at Bard College. Achebe was the recipient of the Nigerian National Merit Award, Nigeria’s highest award for intellectual achievement. In 2007, Achebe was awarded the Man Booker International Prize for lifetime achievement.

Descrizione libro Random House (Pty) Ltd South Africa, South Africa, 1990. Paperback. Condizione: New. AMERICAN. Language: English. Brand new Book. One of the most provocative and original voices in contemporary literature, Chinua Achebe here considers the place of literature and art in our society in a collection of essays spanning his best writing and lectures from the last twenty-three years. For Achebe, overcoming goes hand in hand with eradicating the destructive effects of racism and injustice in Western society. He reveals the impediments that still stand in the way of open, equal dialogue between Africans and Europeans, between blacks and whites, but also instills us with hope that they will soon be overcome. Codice articolo ABZ9780385414791

Descrizione libro Penguin Books, 1990. Paperback. Condizione: New. Paperback. One of the most provocative and original voices in contemporary literature, Chinua Achebe here considers the place of literature and art in our society in a collection of essays spanning h.Shipping may be from multiple locations in the US or from the UK, depending on stock availability. 208 pages. 0.159. Codice articolo 9780385414791