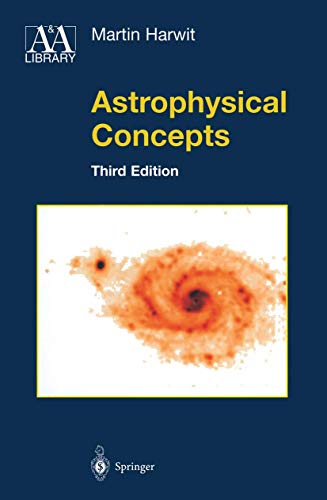 This classic text, aimed at senior undergraduates and beginning graduate students in physics and astronomy, presents a wide range of astrophysical concepts in sufficient depth to give the reader a quantitative understanding of the subject. Emphasizing physical concepts, the book outlines cosmic events but does not portray them in detail: It provides a series of astrophysical sketches. For this third edition, nearly every part of the text has been reconsidered and rewritten; new sections have been added to cover recent developments, and most of the rest has been revised and brought up to date. The book begins with an outline of the scope of modern astrophysics and the elementary problems concerning the scale of cosmic objects and events. The basic physics needed to answer these questions is developed in the next chapters, using specific astronomical processes as examples. The second half of the book enlarges on the topics introduced at the beginning and shows how we can obtain quantitative insights into the structure and evolution of stars, the dynamics of cosmic gases, the large-scale behavior of the universe, and the origins of life.The emphasis is on astrophysics, so astronomical objects (white dwarfs, supernovae, comets, quasars) are mentioned throughout the text whenever the relevant physics is discussed rather than in individual sections. To compensate, there is an appendix that gives a brief background of astronomical concepts for students unfamiliar with astronomical terminology, as well as a comprehensive index. The extensive bibliography refers to other sources that treat individual topics in detail.

FROM REVIEWS OF THE PREVIOUS EDITION
"a clear, solid introduction to astrophysics ... that shows how physics can be applied to astronomical objects ... One of the strong points is the problems (that) give students a real feel for the sort of calculations astronomers must do ... were I teaching a junior/senior astrophysics course, this is the book I would use."
AMERICAN JOURNAL OF PHYSICS

"This is a popular book among professional astrophysicists, produced with that meticulous detail and completeness of the house of Springer ... This is indeed a theoretician’s book [and] Harwit has made a prodigious effort in organizing all this information in a logical sequence ... A masterly mathematical exposition of a galaxy of astrophysical processes." Astronomy

An Approach to Astrophysics.- The Cosmic Distance Scale.- Dynamics and Masses of Astronomical Bodies.- Random Processes.- Photons and Fast Particles.- Electromagnetic Processes in Space.- Quantum Processes in Astrophysics.- Stars.- Cosmic Gas and Dust.- Formation of Stars and Planetary Systems.- The Universe We Inhabit.- The Early Universe.- Origins of Structure.- Life in the Universe.- Epilogue.- Appendix A: Astronomical Terminology.- Appendix B: Astrophysical Constants.- List of References.- Index.