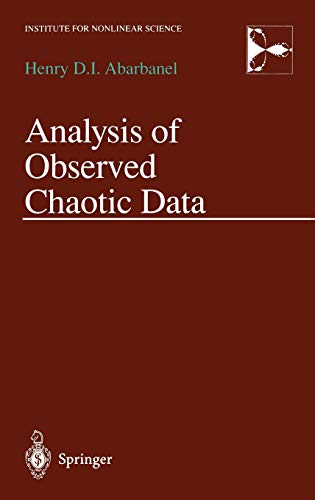 A clear and systematic treatment of time series of data, regular and chaotic, found in nonlinear systems. The text leads readers from measurements of one or more variables through the steps of building models of the source as a dynamical system, classifying the source by its dynamical characteristics, and finally predicting and controlling the dynamical system. It examines methods for separating the signal of physical interest from contamination by unwanted noise, and for investigating the phase space of the chaotic signal and its properties. The emphasis throughout is on the use of modern mathematical tools for investigating chaotic behaviour to uncover properties of physical systems, requiring knowledge of dynamical systems at the advanced undergraduate level and some knowledge of Fourier transforms and other signal processing methods.