Articoli correlati a The Silmarillion 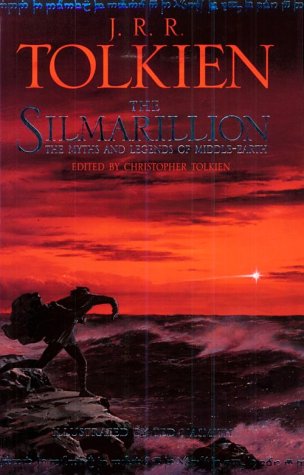 The background to the entire Lord of the Rings epic, and the world of middle-earth. The Silmarillion is Tolkien's first book and his last, the core of his imaginative work that underlies all his writings about Middle-earth. Here are the legends of the Elder Days, the central stories that give meaning to the events of The Lord of the Rings and The Hobbit. Tolkien began The Silmarillion in 1917 and worked on it, changed it, and continued it throughout his life. Edited by his son, Christopher Tolkien, the book finally appeared four years after the author's death, in 1977. The three Silmarils were jewels created by Feonor, the most gifted of the Elves, and within them gleamed the light of the Two Trees of Valinor. But they were stolen by Morgoth, the first Dark Lord, setting off the major war of the First Age. The Silmarillion includes several other works besides the main story: Ainulindale, the myth of Creation; Valaquenta, on the nature and power of the gods; Allakabeth, recounting the downfall of Numenor; and "Of the Rings of Power and the third Age," the link to The Lord of the Rings. As Christopher Tolkien describes it: "The entire history is set forth from the Music of the Ainur in which the world began to the passing of the ringbearers from the Havens of Mithlond at the end of the Third Age." Now illustrated for the first time with original paintings by the renowned artist Ted Nasmith, this gift edition is a companion to the illustrated editions of The Hobbit and the Lord of the Rings trilogy.