Articoli correlati a Thatcher and Thatcherism 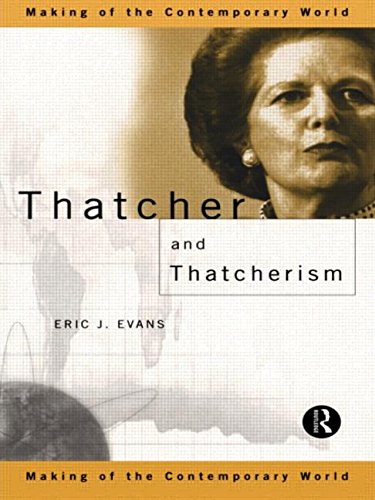 Thatcher and Thatcherism surveys the origins and impact of Thatcherism as a cultural construct and an economic creed. Centering on the career of Margaret Thatcher, the author argues that Thatcherism was a bold experiment in ideologically driven government which failed to meet its objectives.

Thatcher and Thatcherism includes discussion of:

* privatisation and the fate of the trade unions
* Britain's slow economic decline versus Thatcher's delusions of British grandeur
* the legacy of the Falklands and of Britain's approach to Europe
* education, the civil service and crime
* the poll tax fiasco.

This expanded second edition brings the book up-to-date to consider the Blair administration in the light of the Thatcherite legacy and draws on the latest memoirs from politicians of the period, particularly concerning Thatcher's fall. The second edition also includes a critical summary of the general elections since 1979 and a chronology of key events and a glossary of leading political figures of the era.

1. THATCHER AND THATCHERISM (THE MA

2. THATCHER AND THATCHERISM (THE MA