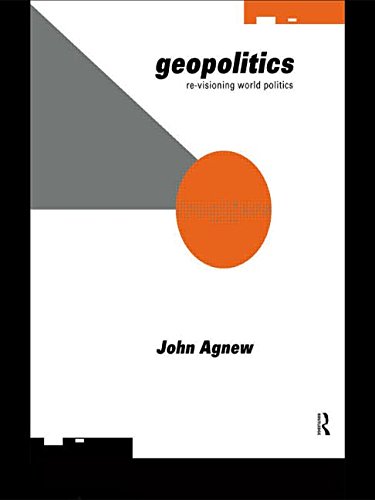 Geopolitics identifies and scrutinizes the central features of geopolitics from the sixteenth century to the present, paying close attention to its persisting conceptual underpinnings, novel turns and shifting impacts. The book focuses on five key concepts of the modern geopolitical imagination: visualising the world as a whole; the definition of geographical areas as 'advanced' or 'primitive'; the notion of the state being the highest form of political organisation; the pursuit of primacy by competing states; and the necessity for hierarchy. Addressing topical issues such as the re-integration of Hong Kong into China, the proposed expansion of powers of the EU at the expense of member states and the threatened break-up of states such as Canada, Spain, Russia and the UK, Agnew shows how questions of the organization of power combine with those of geographical definition and highlights the crucial geopolitical 'certainties' from as recently as ten years ago which are now either gone or in question. Geopolitics provides an invaluable introduction to current, critical debates over 'geopolitics' and world politics.