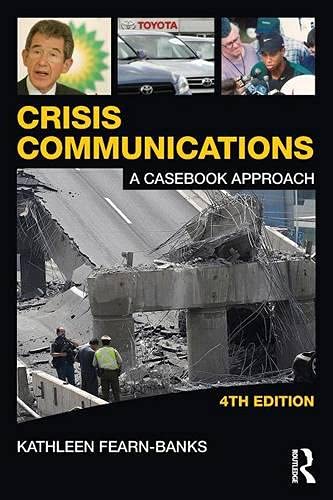 Crisis Communications: A Casebook Approach presents case studies of organizational, corporate, and individual crises, and analyzes the communication responses to these situations. Demonstrating how professionals prepare for and respond to crises, as well as how they develop communications plans, this essential text explores crucial issues concerning communication with the news media, employees, and consumers in times of crisis.

Author Kathleen Fearn-Banks examines the steps of choosing the appropriate words to convey a message, selecting the method and channels for delivering the message, and identifying and targeting the most appropriate publics or audiences. She also addresses such important topics as avoiding potential mismanagement of communication in crisis situations.

Key features of this fourth edition are:

A Student Workbook is also available for use with this volume, providing additional pedagogy for each chapter, including discussion questions, activities, key terms, case exercises, and worksheets.

Utilizing both classic and contemporary cases of real-world situations, Crisis Communications provides students in public relations and business with real-world perspectives and valuable insights for professional responses to crises. It is intended for use in crisis communications, crisis management, and PR case studies courses.

Kathleen Fearn-Banks is Professor of Communication in the Department of Communication at the University of Washington. She joined the faculty in 1990, after 25 years in the communications professions. Her professional experience includes as a feature writer at the Los Angeles Times; a newswriter/ producer/ reporter for KNXT-TV (now KCBS) in Los Angeles; publicist and Media Relations Manager for NBC Television Network. She was vice president of Development and Public Relations for The Neighbors of Watts, an entertainment industry non-profit which raised funds for daycare centers in underprivileged areas of Los Angeles.

4 Communications When a Crisis Strikes

13 Crises of Death and Injury

Appendix A: Generic Crisis Communications Plan for a Large Company