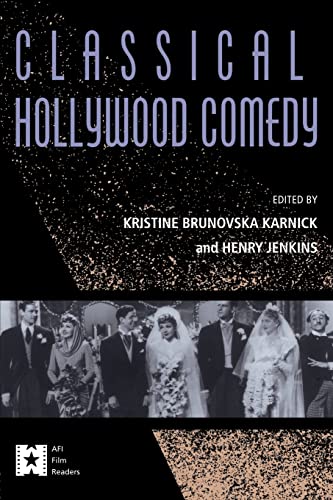 Classical Hollywood Comedy applies the recent return to history' in film studies to the genre of classical Hollywod comedy, as well as broadening the definition of those works considered central in the field. This anthology combines detailed case studies of specific films and filmmakers, with overviews of general theoretical and questions. The book as a whole considers film comedy's roots in other forms of popular culture, its place within industry practice, the shifting relationship to the audience, and its gradual integration into the normative of the studio' film narrative. Within this framework, the book examines the issues of gender and sexuality, neglected by most previous treatments of classical Hollywood comedy, as well as taking on both silent and sound comedy, areas of the genre rarely examined together. The essays offer new insights into canonical figures such as Preston Sturges and Buster Keaton, as well as reflecting new interest in the work of Cecil B. DeMille, Mae West and Jerry Lewis.